For my travel the bike became an extension of my body and so the man-maschine-interaction has a big influence on my travel. And so if I exert force on my bike, the bike also exert force on me. But in case of any misalignment, I’m the only one who will feel pain.
About 7 years ago I had an an operation on my knee, where a part of meniscus had to be cut away, due to a  crack which harm my cartilage. I recovered quite well, run a marathon, could do all sports again without suffer pain. Very seldom I felt that there ever had been some incident that lead to a potential irreparable weakness.
The crossing of the Cordillera Central to Ibagué dared myself and concerning to my power it was not worth mentioning, but my knee reminded me of being the key part of my body, which was demanded the most on climbing up steep hills with a heavy travel bike. Two days after the increased burden and another 190 km to Neiva I couldn’t even walk properly. So time to slow down to recover my knee! We decided to stay a few days to observe and support the healing process.
We arrived in Neiva and rest in a Café to figure out where to spent the night. We couldn’t find any hostel in town and thought about cycling out of the town again but suddenly we had three possibilities, so how come. I had a look on airbnb and asked for a room, but didn’t expect a fast answer, which I received surprisingly. We were told where to find a camping ground and we got invited by a family. So, we followed the offer and due to a flat tyre had to ride trough the dark city surrounded by heavy traffic to the house of the family, as we thought. But the house was owned by the mother of the man who invited us and it was a bit confusing cause all the people we met in the café weren’t present as we found the place. Well, everything clarified, we slept in the garage and enjoyed the hospitality. The next three nights we spent in a room in the house of two locals, which were very lovely. It was a perfect place to recover and on top I learned about several new fruits and typical dishes of Colombia and the department of Huila. On top, the town was celebrating San Pedro, which lasted over a week. Born from rural customs, this celebration remains as a memory of old traditions, where locals and visitors participate in parades, cavalcades, reigns, competitions, festivals and various cultural and artistic events. Our host showed us around and gave us the advice to the two parades, especially the one with the Chivas, a bus which was first built in Medellín especially considering the mountainous geography of the Andean region. Their colourful design made them famous and a symbol of Colombia and Equador.

One of the iguanas in the garden of our host, about 40 centimeters 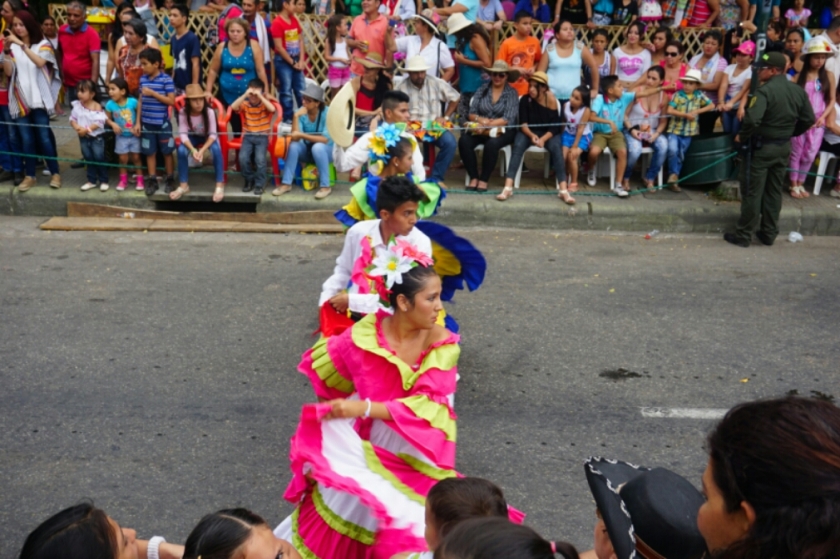 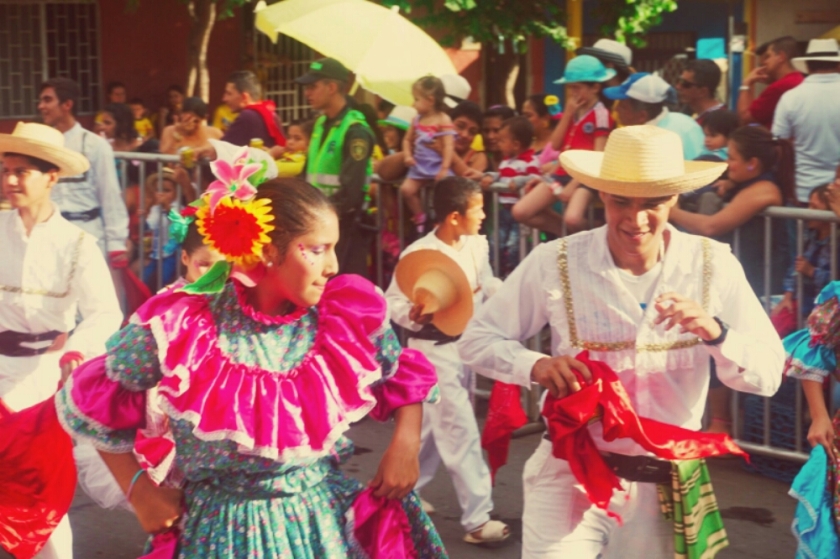 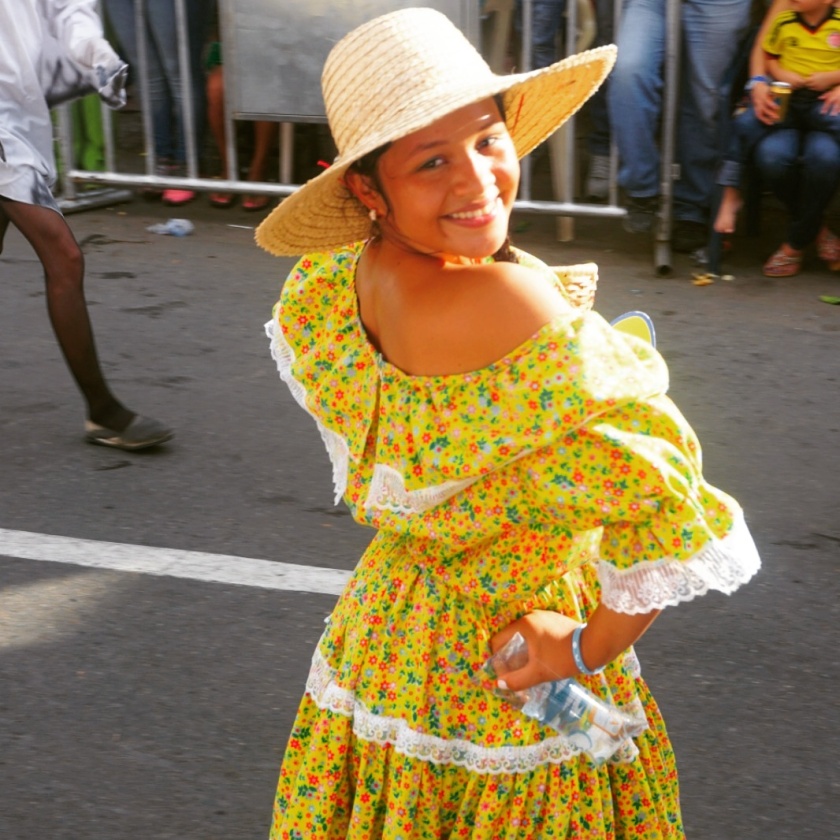 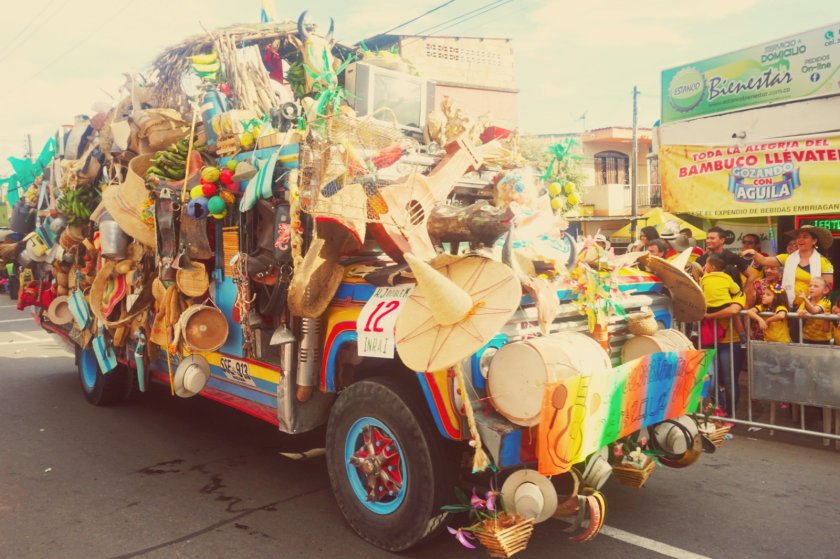 And strikingly it was the day of another match in the Copa America, Colombia against Argentina, which was lost by the Colombianos after penalties.
We left Neiva, but not before we went to the local market with our host. More typical fruits and dishes.

My knee was not totally recovered, so I started to hitchhike while Tobias was pedaling. On the first day it didn’t work that good, so that I had to cycled a bit until I found a nice spot to camp.

The hosts in Neiva own a farm in Pitalito, where I stayed the next night. I got up at 5 a.m. in the morning to milk a cow for the first time, but they were not used to me and therefor to shy, but I had the possibility to observe the process: how to get the cows from the field into the cote, to let the calve start to suck some milk out of the udder before it were tied up during the milking before returning back to its mother animal. a 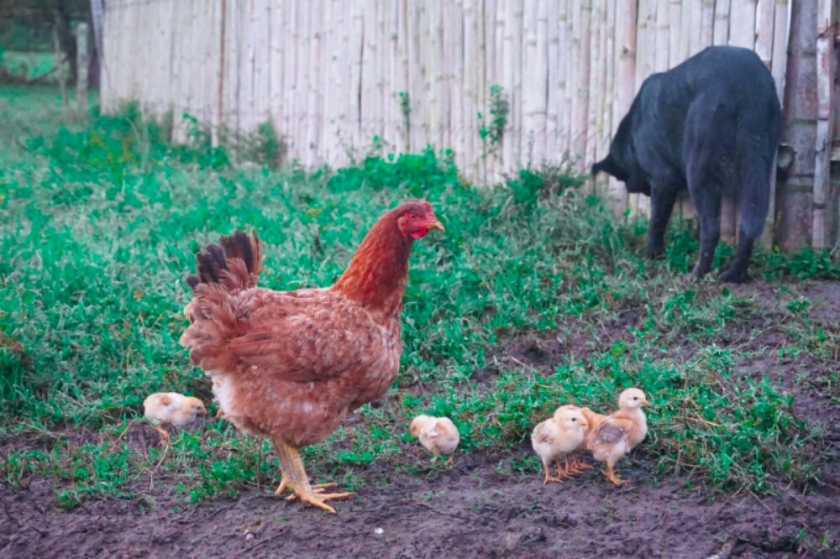 I went on without my bike to San Agustín, where I took part in a Jeep Tour to see some archeological places, a narrowness of the river Magdalena and two waterfalls, one of them falling down uninterrupted of a height of 400 meters. And I got to see how Panela, the famous brown sugar is made, by visiting a small manufacture of cane sugar. 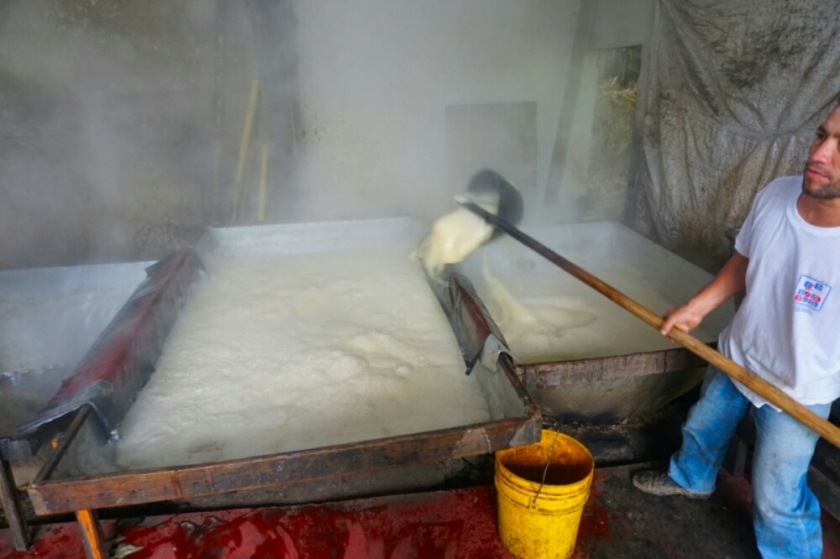 Heating up to get out the liquid 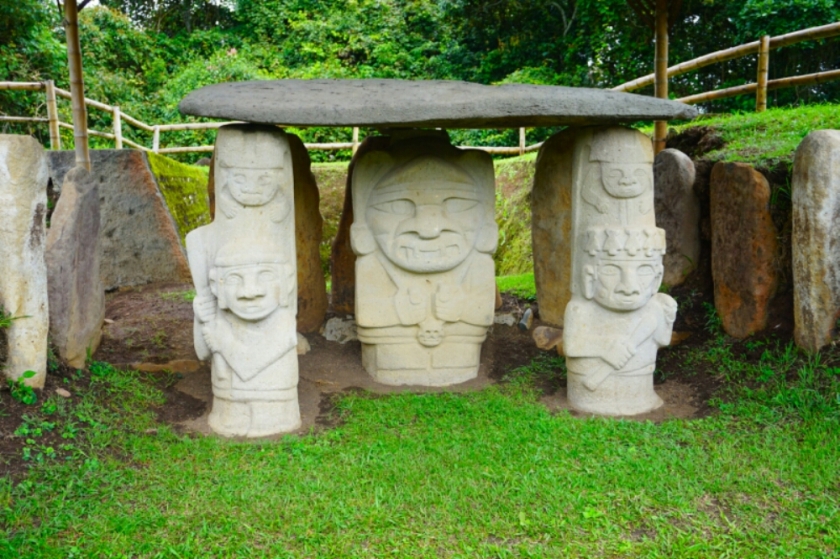