Choquequirao, the small sister of Machu Picchu, doesn’t get so much tourist attention, indeed there were only 3 more persons around us when we visited the place. So it felt, as if we had the ruins on our own. No officers who tell you were you are allowed to go ( in Machu Picchu there are plenty of them), rathermore a pleasant silence without a mass of tourists. Choquequirao was also one of the last bastions of resistance and refuge of the Inkas and therefore an important historical place.

I’ve already left Cusco to stay to nights in Quiquijana, 70 kilometers in the south of the city, when Vincent, a Canadian cyclist ask to join him to do a trek. And so I left my bike in this little village to return to Cusco. The bus took two hours and just cost 5 soles. Of course I took the chance to have another meal  in „Green Point“, the vegan restaurant with the amazing lunch offer. There I met Vincent and Camille, a french cyclist, who were also in to do a trek. We had to choose between Ausangate, Choquequirao and a tour into the jungle. Before I received the recommendation from a local to do the hike of Choquequirao and it was also the easiest considering the organization, so the decision was taken.

We left Cusco very early at around 5 a.m. to start the hike from Cachora in the late morning. The weather was beautiful, maybe to good, because the heat of the sun made the hard trek of Choquequirao not easier. After a just a few kilometers and the first descents, Vincent figured out that the rented shoes had a metal thing in the front, which let him suffer while going down. This escorted him half of our tour and we had to slow down to made it endurable for him. And after a rather flat part it was going down the rest of our first day. Still not crossed the Apurimac river we found a beautiful campsite to put up our tents. The view was breathtaking, the sunset behind the mountains opened up a colourful sky followed by the bright shining stars! 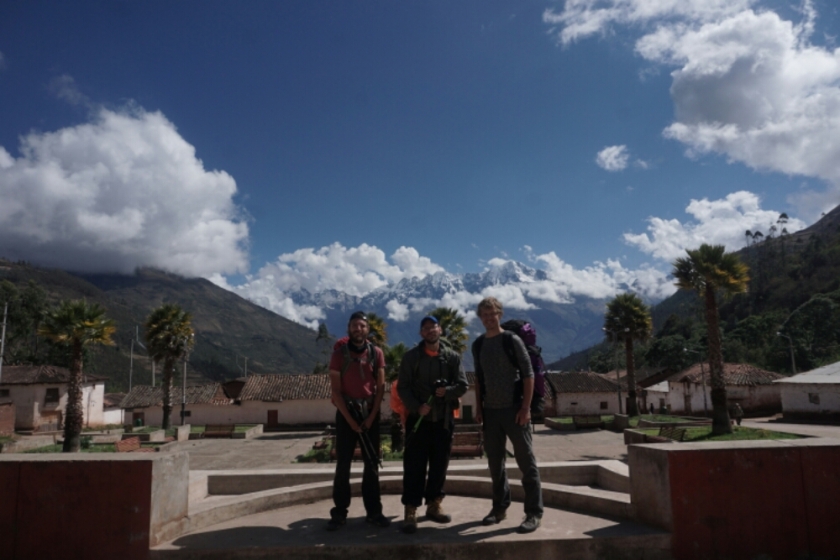 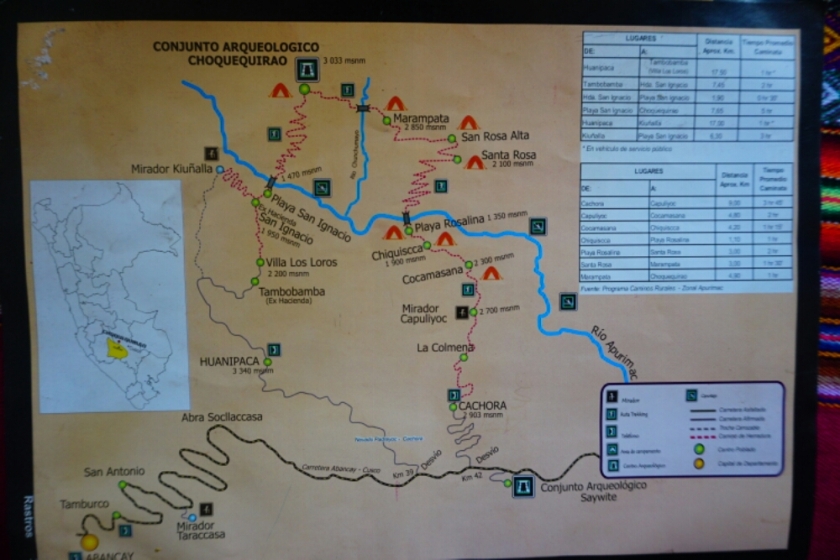 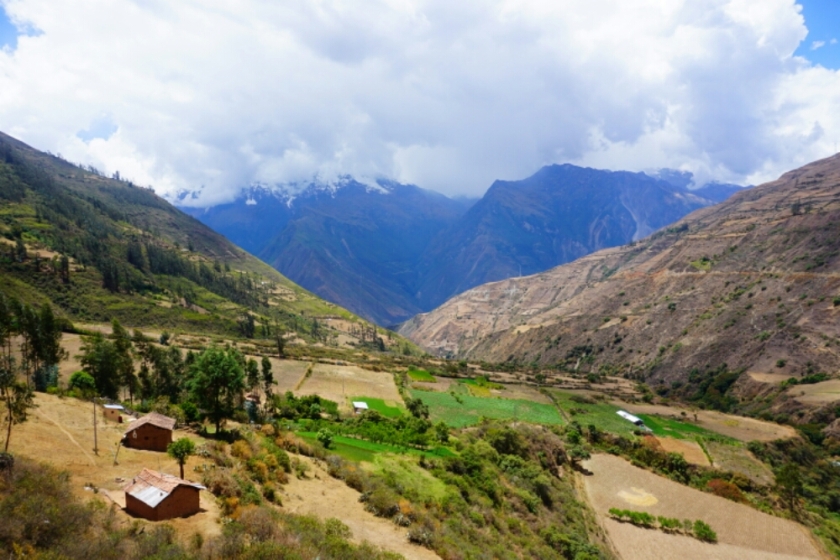 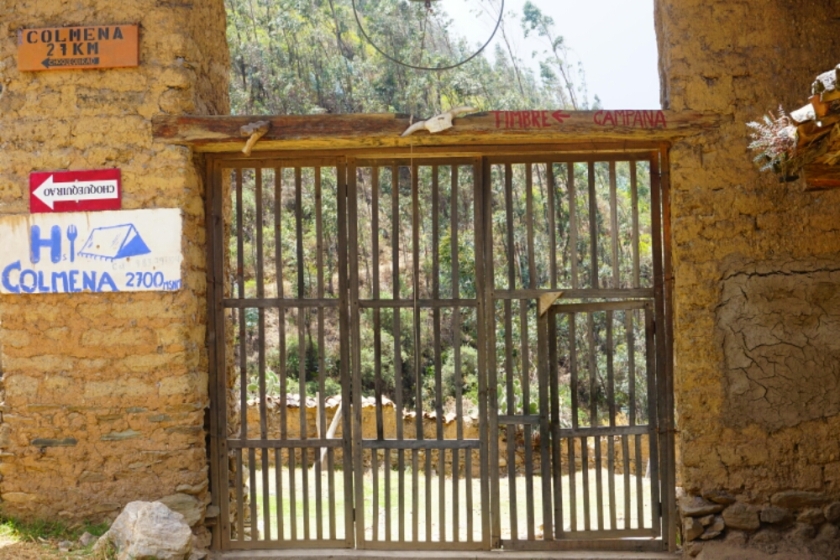 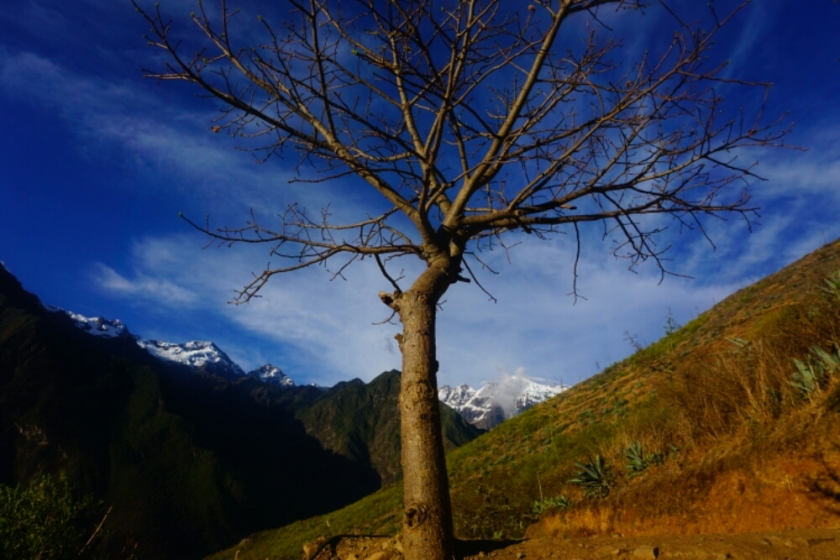 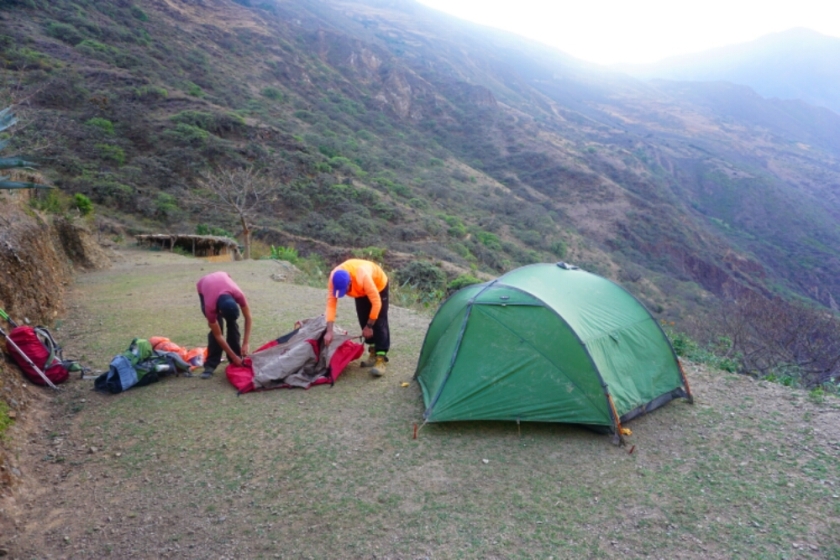 The next day we reached the river, the sun was burning down on us, which made the climb on the other side of the river a big challenge. 1500 meters uphill. We had to break several times but we were willing to reach the campsite close to Choquequirao to discover the place in the morning. On our last kilometers, we met two other cyclists, one of them carrying a second pair of shoes with him – the salvation for Vincent you suffered a lot under his bad shoes. The place to camp was another time blessed with an amazing view into the valley, so that Camille and me enjoyed taking pictures again. 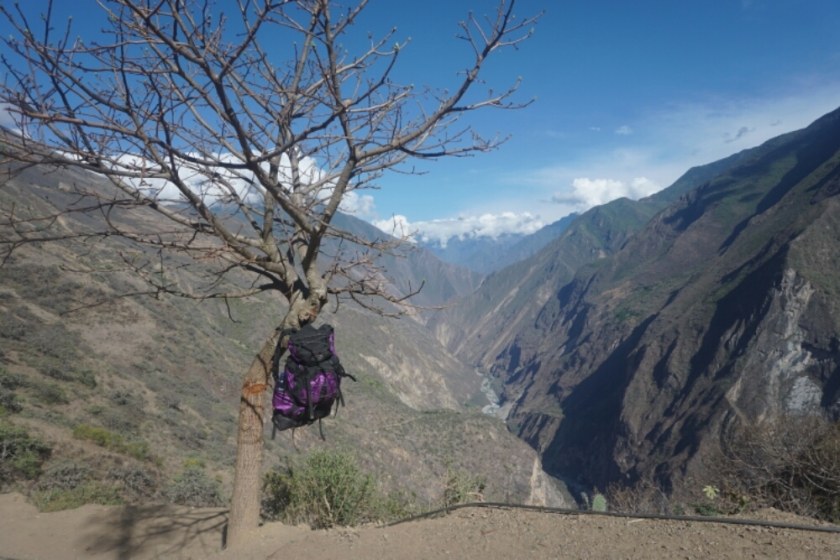 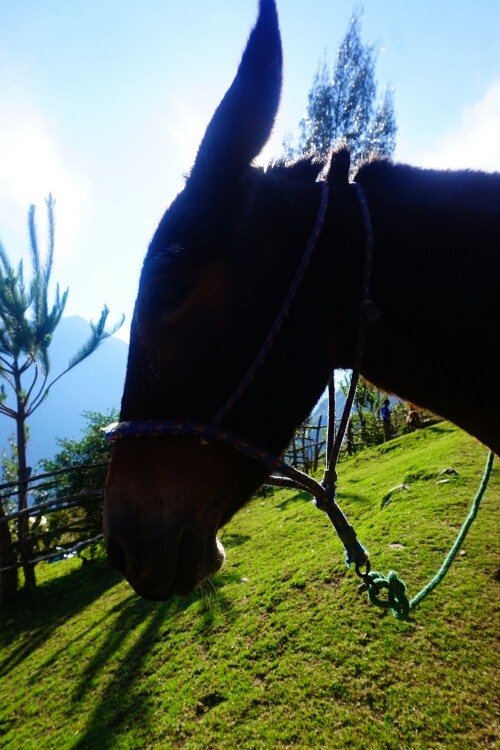 Day 3, climbing up the last few hundred meters to Choquequirao. Still tired of the last day we were dragging ourselves through the ruins inbetween which we had to overcome some other ascents and descents. But it was worth all the way. Nearly alone on that hill we discovered the remains of the culture of the Inkas. After some hours we started our way back, which started with a long way down back to the river! This time Vincent was much faster, so that we reached our last campsite of the trek early. Totally tired we cooked and watched the stars again. The temperatures in the evening were just perfect, but the Mosquitos were not our friends during all the days. 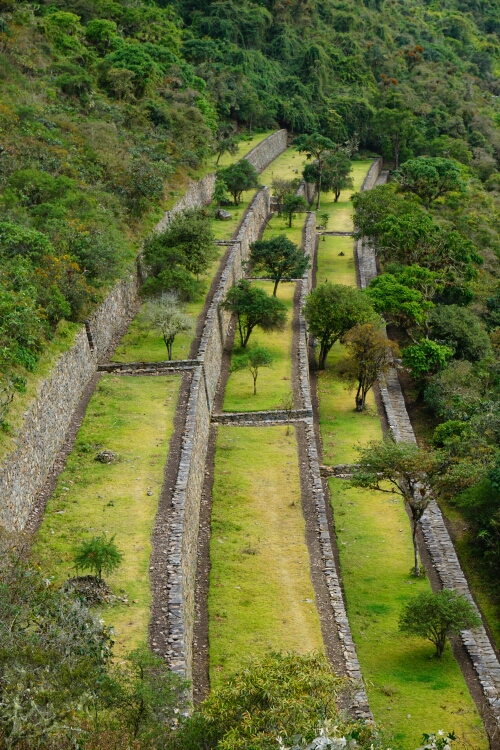 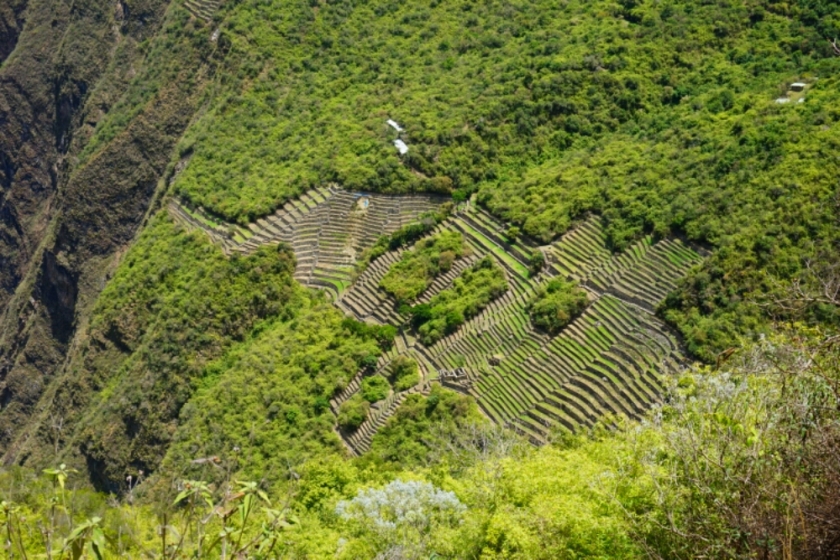 The last day we had to go up another 1500 meters again, but we arrived early on the top and catched a taxi, who took us back into direction Cusco.
A beautiful, but also a hard trek to visit Choquequirao!

Here are some facts about how to get there from Cusco: there is a bus station in the street Arcopata, which is in the north of the historical center, Here small buses leave from 5 o’clock in the morning to Curahuasi (15 Soles and about 1:45 hours of driving). From Curahuasi you can take another small bus or a taxi to Cachora (15 Soles and about 45 minutes). In Cachora there is the possibility to go to close to the Mirador de Capuliyoc to save about 10 kilometers of the trek. For the way back the prices are the same.