Some days ago I uploaded some pictures of the Garten Eden without telling you about this place, whee we met Patrick, who lived in Leipzig and owned an organic shop before he left Germany. Finally he settled down in Uvita, a little village at the Pacific. After managing a hostel, he began to build the Garden Eden. Two German girls and one american guy stayed at this place as well and because of having a nice atmosphere at this place and inspiring conversations, we stayed there for three nights. All the guests helped him during the morning to build up a roof in the front of its house, clean up the house, water the garden and do some other tasks. Therefore we could it ate and sleep at his place. During our stay we only ate raw food, so vegan and nothing cooked. But we always conjure tasty stuff like Guacamole, hummus, smoothies and different kinds of salads. The house itself was an open house, so most of the „rooms“ had no walls around. I slept in a hammock for the first time and felt quite comfortable. On our last afternoon the visit of the nearby waterfall was beautiful as well and refreshing compared to the temperature of the warm ocean. 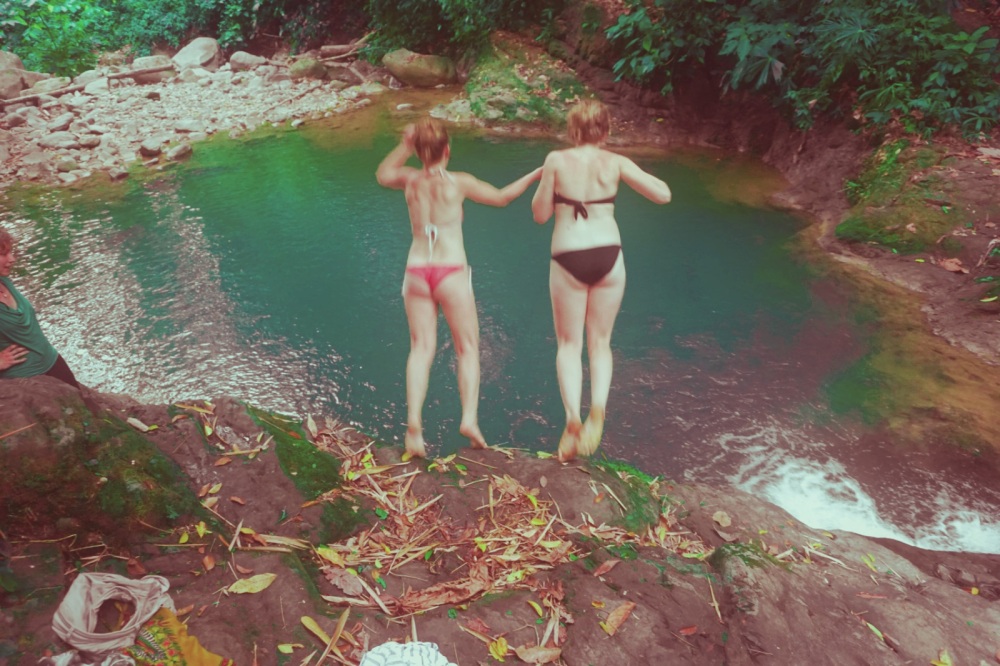 The trip had to go on and we went on to pedal down south. The next two nights we slept in the backyard of locals, whose hospitality is amazing. They offered us juice as well as fruits and water. Using their bathroom seemed to be the most common thing on earth. Well, this is how it should be, right?
In between we had to cross the first border and so we were curious if all things will work. After we had to pay the exit tax, we had to get the exit stamp on the side of Costa Rica. With this we went to the border, where they wanted us to show them a proof, that we will leave the country. Neither we had a flight ticket, nor any other proof. So they wanted us to show them our credit card or 500 $. We were prepared and so we could pass to Panama without any bigger problems.

One of the highlights in Panama, were the stay in Gualaca and the visit of the surrounding area. We stayed at a german woman, who one lived in Remscheid. She took us on a tour to her favourite places. A little canyon, a waterfall and two suspension bridges as well as a resort with rented houses and a tree house, operated by an old American guy with his young well-trained partner from Panama. 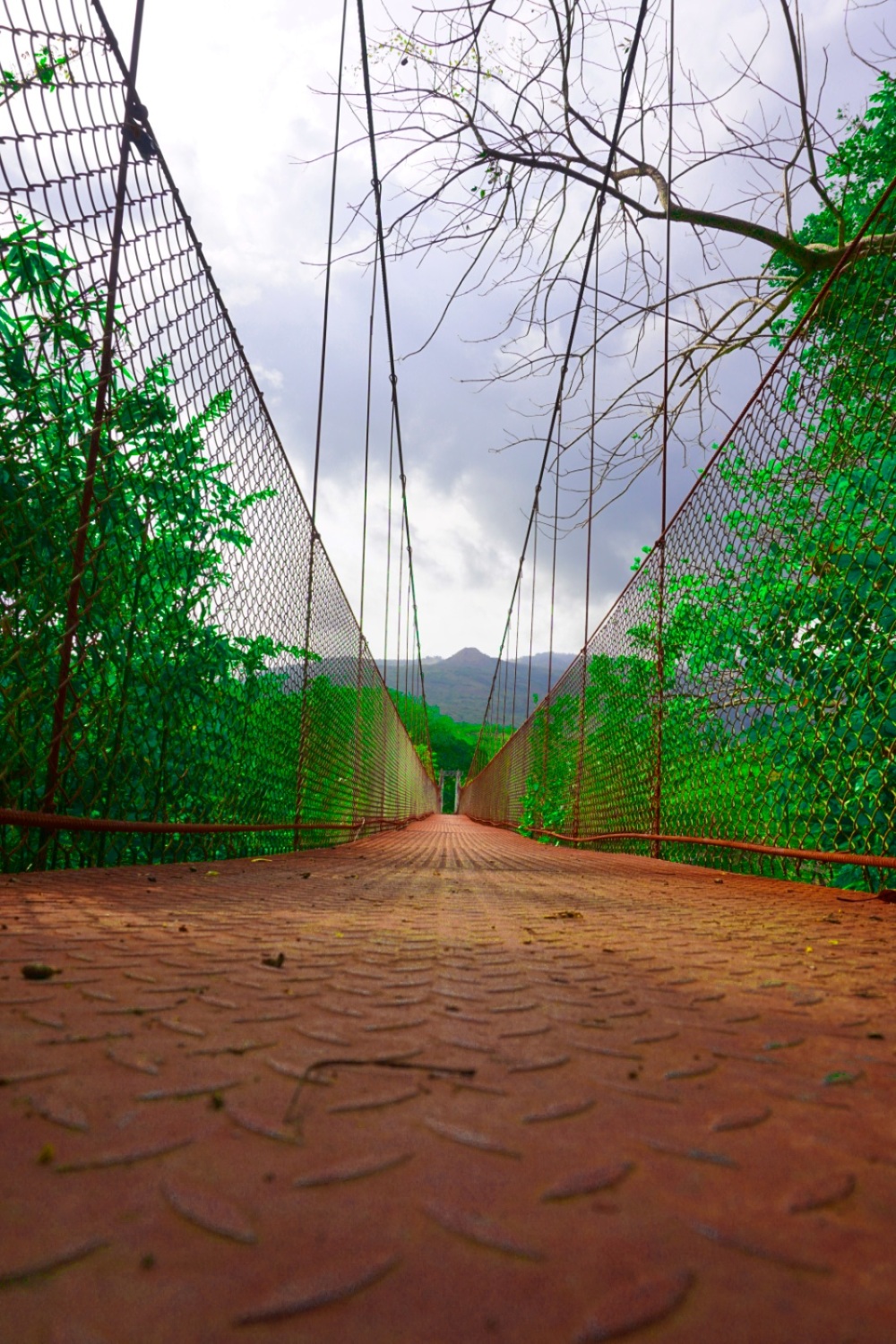 The next day we slept in a police station right next to the Panamericana, and as a present we got a pineapple right according to the motto of the police „protect & serve“.

One day before reaching Panama City we asked again at a police station near Coronado and again the served us. A policeman drove through the town to ask for an accommodation for us, returned and escorted us to the place. What a service.
Today we reached Panama City and it was really amazing to cross el Puente de las Américas, very impressive and one of the highlights so far.

The next days we will spent in the city before we will go up the channel to Portobello, where we want to catch a boat to Cartagena.

Well, how is it goin with my tyres, I got asked. One day after I wrote my entry about all the breakdowns, it became better,BUT it was not the end of this episode. A thunderstorm was going to show up and so it was the perfect time to have another flat tyre. Unfortunately Paula also didn’t realized that my misfortune pounced on me again. This time nails of a stapler wanted to have a look into my outer tyre to greet the tube. I found three of them stucked in the outer tyre. And although the procedure of getting out the tube, close the leak and reset my tyre became a ritual during these days, the rain came faster then I could get back on my bike. But I was lucky, cause I found a shelter before an intense rain in combination with thunderbolt began to rage. So, I needed a new repair kit and from that day on the fortne find its way back to me. 🙂

I updated the map with the marks of our night stops, which you can find here.