The loud noises of the city accompanied my in the city. Although Panama City is just as big as cologne it seems much bigger. Several skyscrapers dominate the picture of downtown. But this is just one face of the capital. The areas just behind the big bridge  are very poor. Some of the buildings in these areas are still quite high but not with much glamour. People were trying to sell sweets or drinks along the inner city highways, carrying their stuff in buggies. And then there is Casco Veijo, which carries the history of the colonial time in their streets, ruins and churches, museums and narrow streets. About 4 years ago, it was the part of the city, where artists and creative people lived. But with the renovation of this district, rich people came to settle there. The rents rose and the former inhabitants moved to other parts of the city. We know this by some other German cities like Berlin or Hamburg. In Casco Veijo, the charme of this areas remained and the difference of the former and the new center of the old time is pretty interesting within the time of change. 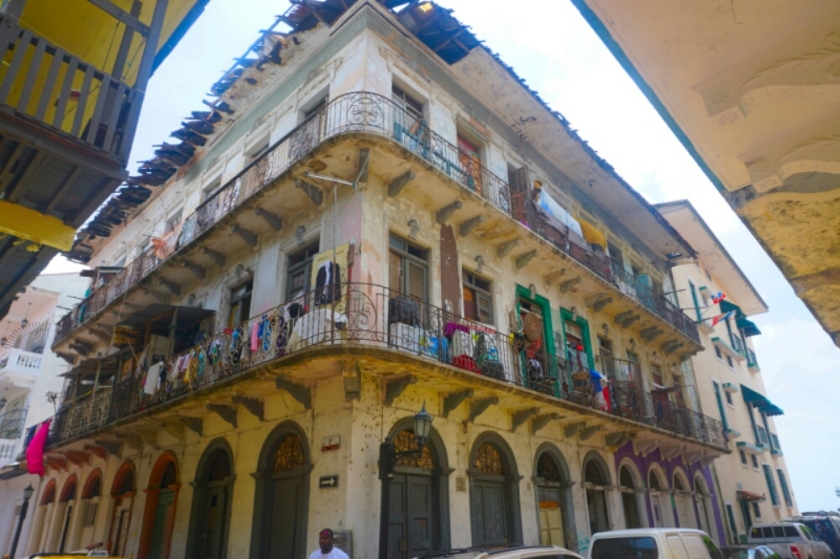 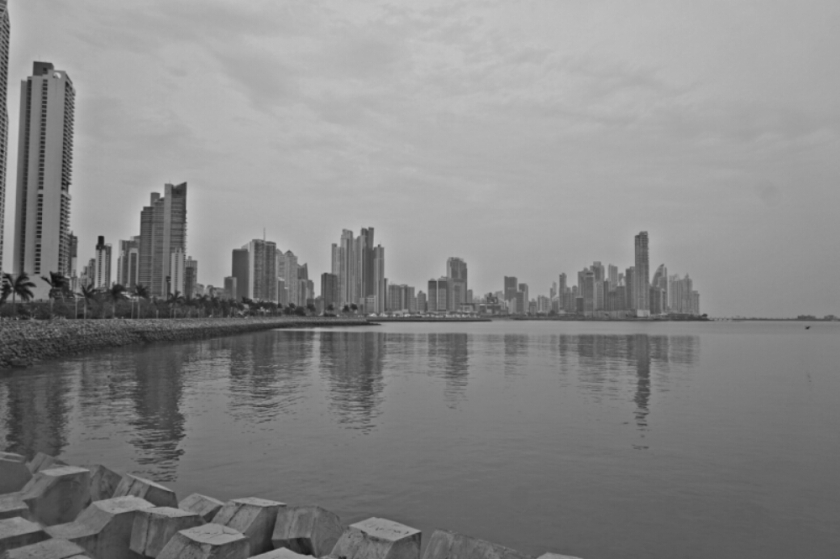 After too many days in the city, I went on to go to the Caribbean Sea. From this day on I’m cycling alone.
Early in the morning I went a second time to the Mirraflores Docks, cause there weren’t any big ships during the first time we went there. (You have to know that the switch the direction for the big container ships in the middle of the day and that it takes a while until they passed the whole path between the two seas). The second time I was pretty much 2 hours to early, and so the security whistled back myself. I went on to the next docks in San Pedro, where there was no entrance for visitors but still a spot where I could get s glimpse. 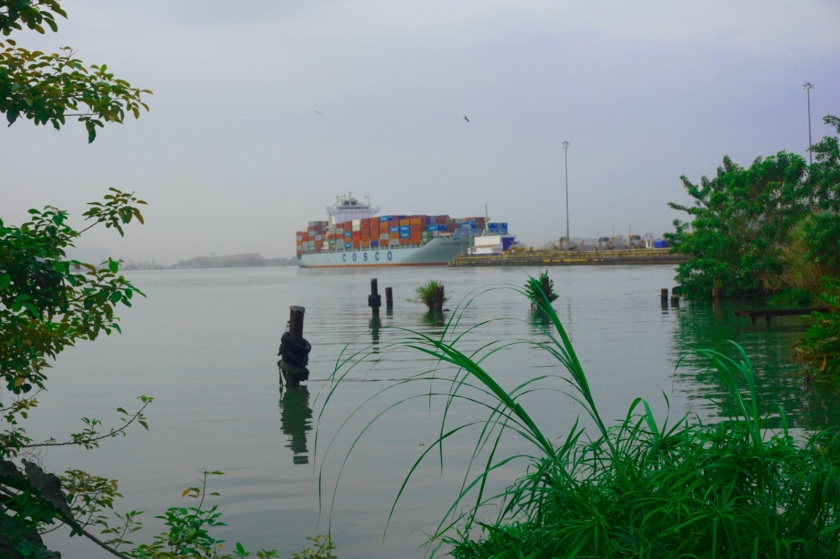 2 kilometers further I stopped in the bridge to observe the big container ship goin through the canal.

At around 9 I arrived at the border of the national park Soberania, where I left my luggage to do a hole in the camino de plantación, a path trough the jungle, which was build during the construction of the canal for the transportation of goods. It ended a the the camino de crises, which was one of the major path during that time. I enjoyed my walk in between the big trees and the diversified vegetation. Along the path I could see various animals, like monkeys, lizards, frogs and some more which I couldn’t define.

The next day was the first day full of rain. Before there were some days with some more or less heavy showers, but in this day it was raining all day through. On the way to Portobelo I met Jeff and Roselind from Canada ( Shift happens) . After a short but nice conversation with sharing some tips, I arrived in
Portobelo in the middle of the day. Perfect timing, because just after I had taken a shower, I went on a sailing boat which will bring me across the Caribbean Sea over the San Blas Islands to Cartagena. When everything works fine, the Calypsa (calypsatours.com) will leave Monday afternoon.